Driverless tractors in 5 years in Cendrecourt

This is a response to a previous post Driverless trucks before driverless cars . A few weeks ago I was discussing with a french farmer from Cendrecourt, a village located in the east of France. He just returned from the “Salon de l’agriculture” in Paris which the big annual convention for agriculture in France. In this convention every french region is here to advertize its specialties. It’s a must for french president to come in order to “caresser le cul des vaches” which translated into upper-french means “make sure you are appreciated by farmers and that they will vote for you in the next election”. 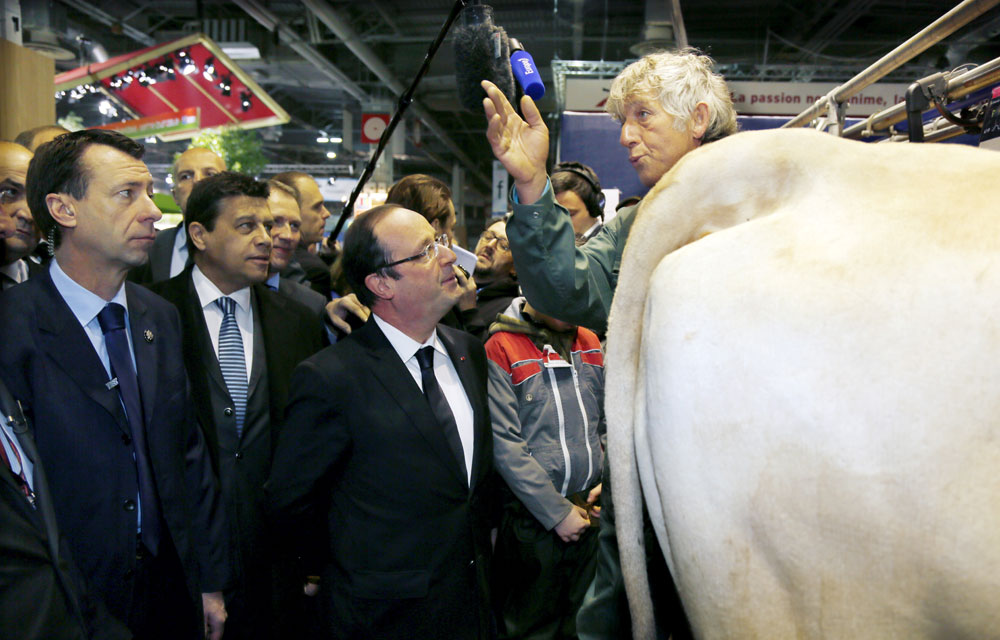 It’s also a place for companies such as John Deere to present their latest innovations. When he came back from the “Salon de l’agriculture” I asked my friend about automatization. I was already aware of machines that are completely automatizing cow milking. He thinks that in 5 years i.e. 2018, in Cendrecourt, there will be some fully automatized tractor for plowing and other tasks. In terms of using shared service, leasing and renting, most french farmers are already accustomed to this way of managing their equipment. For instance there are SLAs for most of their equipment. Most probably they will share this new driverless tractors as plowing could be done round the clock.

Farming world will jump directly to “step 3: shared driverless cars and transforming our way of life” before regular car users are still at “step 0: today’s self parking feature and Google cars”.

Note: To have a self driving tractor to autonomous plow a field, you have to do it manually once. Sometimes, depending on the soil you have to modify plowing depth when plowing a field, and you have to teach the tractor to do the same.